The REAL Reason Why Ray Nagin Is Being Charged With Corruption


I suspect that this situation is what has been called a "high tech lynching".  Mr. Nagin pointed out some truths doing Katrina. All "Black" people should remember how the "status quo" responded slowly to the Katrina situation. It was one of those ripples in the system of White Supremacy that wakes many of its victims up (all eyes were wide open) to what the system is and how it works. Nagin's efforts by taking it to the media, forced the "powers that be" (who are made up of extremely smart and powerful White Supremacists) to put some "pep in their step" because the whole world was watching. Nagin's use of words prompted them to respond with the help that was needed. He exposed them for who they are. He pointed out their Racism. And for them to have a "Black" male in the position that he was in, thinking like he thought, was detrimental. I'm speaking of the connections he had made with other people in the areas of Economics and Politics.

The true meaning of "Black" Power means that "Black" people in political positions would have the power to bring justice to the people in their prospective jurisdictions. Nothing more than a dream. "Black" power doesn't exist for long in a system of White Supremacy. "Black" power is resstance to White Supremacy. Today the "status quo" promotes the idea that "Black" power means the same thing as "White" power. Any fool that does a little research will find that it doesn't. History is best qualified to serve those who do the research.

There has been and continues to be a long standing pattern where "Black" politicians of big cities are viewed as corrupt (or some kind of criminal), especially the "Black" conscious ones. When I say "conscious", I mean that they are the ones among us who are constantly aware that there is a system of White Supremacy working against "Non-white" people. This is opposed to the unconscious mentally dead state that most "Non-white" people are in and aren't aware of unless there's a ripple.

Even then their awareness is brief. White Supremacy lulls them back into a coma. The system works fine because everyone is in constant co-operation with it. It's like a smooth pond of water. Nice and calm because everything is going according to plan, until there's a ripple. 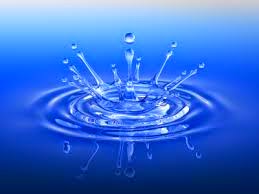 Those of us who've learned about thousands of ripples remain awake, and constantly try to point them out to the masses, but the "status quo" distorts our images in the eyes of the masses with various forms of Propaganda. Ray Nagin used the truth in an attempt to get justice for the "chocolate city" and the Racists punished him for it. The Racists (White Supremacists) have a pattern of doing this with "Non-white" people who are popular, are involved in politics, and speak against the injustices of Racism (White Supremacy).

Marion Barry  former mayor of Washington DC and a Counter Racist, set up on video tape smoking crack with an incorrect government informant. He is known to have done constructive things for the "Black" collective.

Kwame Kilpatrick  former mayor of Detroit and a Counter Racist, brought up on charges of corruption. He is known to have done constructive things for the "Black" collective.

Sheila Dixon former mayor of Baltimore, "a city jury found her guilty of stealing roughly $500 worth of retail gift cards intended for the needy." I suspect that she has done constructive things for the "Black" collective.

Leslie Thompson  former mayor of Jonesboro, LA sent to jail for recommending and voting along with other city council members to have his wife fill in as a temporary mayor in his absence. his attorney said that having a wife fill in as mayor is a common practice in their area. Altogether now
R-I-D-I-C-U-L-O-U-S  I strongly suspect that he has done constructive things for the "Black" collective.

Tony Mack former mayor of Trenton NJ, charged with corruption. I suspect that he has done constructive things for the "Black" collective.

Larry Langford  former mayor of Birmingham, AL, charged with bribery and fraud. I'm sure they went after him just because it's Birmingham!!! I suspect that he has done constructive things for the "Black" collective.

Bill Campbell former mayor of ATL, charged with corruption and tax evasion. Corruption charges were dropped, but he was convicted of tax evasion.  I suspect that he has done constructive things for the "Black" collective.

Patrick Cannon  former mayor of Charlotte NC, set up by undercover enforcement officials 114 days after he was elected. He was charged with accepting bribes from them. I suspect that he has done constructive things for the "Black" collective.

Read the comments in the above videos about Ray Nagin and you'll see that the system is fully functioning with no interruptions....... until the next ripple.

Stay Strong In The Struggle to Replace White Supremacy With Justice.