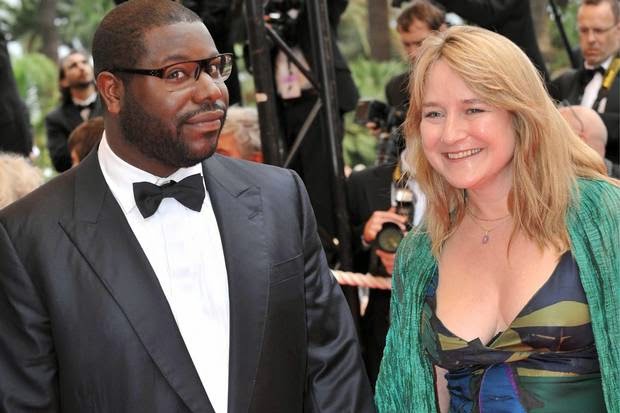 I was researching Nat Turner (a victim of racism who re-acted violently towards Racism/White Supremacy) and found a picture of the tree that they hanged him from. While looking at that tree, a chill overcame me and all of sudden I could "see" his body swinging from it. It was shaking and jumping all around. I could hear the gurgling sounds of his voice. Then, I saw all of the slaves standing around, watching his breath leave his body. I saw their oppressors standing around them, holding weapons. I could feel the fear that was transferred into their minds, as their captors explained to them that they'd meet the same destiny as Turner, if they think about doing what he did. The fear from that image (forced into their minds) would last for centuries as it passed on from generation to generation as a warning to never fight against the injustice of White Supremacy.

The tree (which was probably used to lynch other Victims of White Supremacy before and after Turner) served as a reminder to them that torture and death are worse than being a slave. So they'd rather breath air and be slaves, than die to be free.That was brain-trashing in it's purist form. The threat of violence. Violence! Is the second tool of the Racists! The youth heard about that tree when the elders whispered about it in the fields. "Dat's da tree dey swung "General Nat"(as one 1831 newspaper called him) from. You bes' behave before you swing too!" Or something along those lines. Nat used violence as well! Killing "White" people everywhere.

He and his soldiers spared no one. They killed man, woman, and child. Like a Dr.Khalid speech turned real! Nat was a preacher too! He was what the Racists would call an "Uppity Nigger." The kind of nigger that could READ! That could WRITE! That could RITHMETIC! (see the second paragraph on page 41 Message To The Blackman by Elijah Muhammad)

The kind of nigger that can THINK! It's still a mystery to them today, "Who taught that nigger to think like that?" Oh they have theories, but from what I can see there's no evidence that shows how he learned the basics (reading,writing, and arithmetic) for thinking. An article on biography.com states that it was from his first slave master Benjamin Turner.

In the "THE CONFESSIONS OF NAT TURNER, THE LEADER OF THE LATE INSURRECTIONS IN SOUTHAMPTON, VA. As fully and voluntarily made to THOMAS R. GRAY" Turner is alleged to have said "The manner in which I learned to read and write, not only had great influence on my own mind, as I acquired it with the most perfect ease, so much so, that I have no recollection whatever of learning the alphabet—but to the astonishment of the family, one day, when a book was shown me to keep me from crying, I began spelling the names of different objects—this was a source of wonder to all in the neighborhood, particularly the blacks."

The fact is that they didn't want the slaves to get anymore ideas and they put a bunch of laws in place to help them keep the slaves from having another insurrection. Turner was extraordinary. He valued thinking! Even by today's standards when you think about the terrible state of mind that is possessed by huge numbers of "Black" people today (especially our youth).

Huge numbers of us view thinking as though it is a difficult task or emotion, that is only to be used (when your paid to think for someone else). When asked to think for ourselves we whine "I don't FEEL like thinking, today, can I do it later?" Shaaaaame! shame! shame!

You're brain is the most powerful weapon on the planet. All you have to do is THINK!!!

General Turner when talking about his childhood, allegedly said "....when I got large enough to go to work, while employed, I was reflecting on many things that would present themselves to my imagination, and whenever an opportunity occurred of looking at a book, when the school children were getting their lessons, I would find many things that the fertility of my own imagination had depicted to me before; all my time, not devoted to my master's service, was spent either in prayer, or in making experiments in casting different things in molds made of earth, in attempting to make paper, gunpowder, and many other experiments, that although I could not perfect, yet convinced me of its practicability if I had the means." This slave was a scientist!

Anyway, I suspect that the majority of the slaves that died on that tree, were just as smart and bold as Turner. But they never got their goals accomplished, because of the Racists seeing that they had the kind of spirit that would inspire other slaves to be "free."

The Racists not only hung him, but they skinned him as well. They made a purse out of his skin. Back in the 80's when the system was less refined, I saw a picture of it in a book produced by the Smithsonian Institute. The purse has "disappeared" these days.

I suspect that the tree remains. This tree and way too many others became symbols of fear in the areas where they still stand today. There are hundreds possibly thousands of such trees "from sea to shining sea."  Just being in the presence of the tree probably sent a great fear into the minds of those who resided in the surrounding areas. I'm talking about a fear that was passed on from generation to generation. One soldier (in General Nat's army) named Will, said that he would obtain liberty or loose his life, when Turner asked him why he joined their ranks.Will recognized that death was an inescapable event. He had no fear of death. So did Turner.

When I was in the National Alliance Of Black Panthers, I had a phone conversation with a brother who knew of a "Hanging Tree",and wanted to organize people to destroy it. I was down with his idea, until it hit me "Why make the tree suffer, for what the Racists had used it's branches to do?" That tree had no choice. Removing it would destroy a history that should never be forgotten.

The plaques should list the names of every Victim of Racism that hung from them.Some of them were the ones who had the guts to go against the unjust laws that held them captive. They had the nerve to go against the status quo to be "free."

They knew before hand that they'd meet death, if caught, but decided that it was better than slavery. Many were smart. Their intelligence was a "fetish" to many Racist women. Some of them turned down the sexual advances of Racist woman, and were still accused of rape.

Some others accepted those advances under secrecy, never knowing that if caught, she'd turn on them for fear of never being touched by a "White" man again. All females are attracted to smart males, no mater what their skin color. These "black" males (and some females too) died for the cause of Racism (White Supremacy). They were killed so that we could fear.

But, we could easily believe that they died so that we could say never again! And our offspring could learn about this holocaust merely be walking past the tree and reading the accompanying plaque.

If you know the location of these trees in your area, please comment below. I can list them on here. Then organize to get the plaques with the victims names on it, placed next to the trees.These trees should serve as reminders to help us overcome the fear of Racism (White Supremacy).

Posted by Khalif "SynQ" Muhammad at 8:46 PM No comments: Links to this post