What is a Race, anyway? 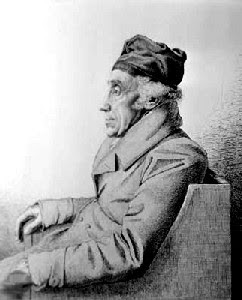 O.k. I believe that the concept of "race" is a social construct. I think that it's a word invented by the Racists, in order to to help promote Race-ism. Now, I do not have any proof of the Racists actually creating the word, but if one studies ancient (babylon, mesopitamia, egypt, etc.) history, one would find no evidence of people classifying themselves as "races". These days racism has been confused with prejudice and discrimination, also name calling. People have been called racist because they don't like someone's religion, or because they don't like a so-called homosexual. This isn't racism. It could be discrimination. It might be prejudice, but, it's not racism. Racism is strictly based on the color of a persons skin.
I suspect that it wasn't until early "European" world exploration, that the concept of "race" came about. I say this because I've seen evidence that it was during this same time that Racists began to establish the system of white supremacy.

It's as though "Race" is like a type of class that we all use to determine how we treat one another. Under the system of white supremacy "white" is the top class, "black" is the bottom class, and "brown", "red" and "yellow" are in the middle somewhere. In reality people aren't "white", "black", "red" or "yellow". They are either pale or many shades of brown.
These five color "race" classifications were developed by this guy to your top left corner, "Johann Friedrich Blumenbach came up with the five color distribution of human races: White, Black, Yellow, Red, and Brown."
I suspect that this theory ( that's right. THEORY) that we are divided up into 3 species of Negroid, Mongaloid, and Caucasiod or Caucasian, came from him also. It's interesting that after he saw an attarctive non-white female, he changed his whole theory, but that never seemed to catch on like his earlier one. Hmmm... I wonder why?
THEORY-a set of ideas formulated to explain something. A person is supposed to back their theories up with facts and many don't. Some people will change the facts to back their theories. That is deception- a characteristic of a racist.
The whole planet was overun by the Racists during the 13th and 14th centuries. They were the smartest and most powerful "white" people amongst "white" people. The Racists from England, Spain, France, Portugal, The Netherlands, and a few others, openly dominated this world for centuries. They dominated all other areas in this world where the people looked different from them. During that period they (not any of the racists that exist today, of course.) instilled in our ancestors and their (the racist's) own descendents, through the area of education, this concept of "race"or what I call a class based on skin color. As it states here : "The first known racial classification system was created in the 17th century when a French doctor named Francois Bernier divided up humanity based on facial appearance and body type."
All non-white populated areas were under so-called European control during the 17th century. So we had no one to refute what was said. Non-white people during this time in most cases were forbidden to read and write. They also depended on everything that the racists told them at this time.
If you really think about it, there is no reason for dividing people up into groups unless you are classifying them for some purpose. What is the purpose of us being different "races"? We still follow the rules for classifying, but the purpose of the classifying hasn't been passed along with the rules. Attempting to fit people into "races" only serves one purpose. To judge them based on the color of their skin. Answers.com states "These ideas originated in the fifteenth century when the ability to support such ideas using sound scientific methods was not possible. Now, scientists from many disciplines (e.g., genetics, anthropology, sociology, biology) agree that there are no distinct human races as was previously claimed."
Take a look at what this PBS link says on "race". It will probably explain it a lot better than I can. At least I tried.
Posted by Khalif "SynQ" Muhammad at 5:14 PM