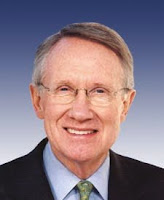 Let's face it, Harry Reid made the correct observation, about Obama. The truth is that everyone knows that Obama's lighter skin and use of words did help in his Presidential SELECTION. Under a system of Racism (White Supremacy), lighter skin is made to appear as though it is better than darker skin.  Though, all "non-white" people are mistreated, only the lighter skin "non-white" people, are allowed to access certain areas of the system.

The Racist Propaganda is too thick. Listen to the playback: "White is right, Yellow is mellow, Brown stick around, Red is dead, Black stay back."

Would "White" people have accepted the idea of a "non-white" person with the same skin color as Flava Flav as being the president? 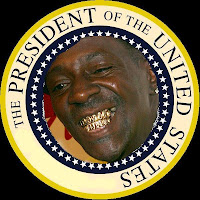 Darker skinned "non-white" people are seen as "stupid", "lazy","ugly","emotional","savage","criminal", etc.  And this image is promoted at all times, in all places, and in all areas of people activity. Albeit Micheal Jackson knew the answer to that. Call him crazy, but he was doing exactly what the system trained him to do. Anyone who thinks that Micheal Jackson was popular all over the planet just because of his music, is not looking at the situation from all angles. For real.  "Non-white" people all over this planet spend billions in currency on skin lightening creams. Why?

Here is an interesting article on skin whitening.

Checkout Sammy Sousa. Hell, a lot  of "non-white" people would not like Obama, if he was darker skinned. Most of us don't even like our own skin. It may appear that I am defending Reid. I am not. I merely want to point out that his words reveal a truth, that could lead to an open dialog on the so-called "Race" problem. The Racists (White Supremacists) don't want that to happen, so making it appear that Reid's words are mistreating Obama, or any other Victim of Racism, on the basis of color is a Racist Propaganda Tactic  (I can see it, but have not yet found the precise words to describe it) designed to confuse huge numbers of "non-white" people, rendering and keeping them non-effective in countering Racism (White Supremacy). Why don't the Racists want a dialog on the "race" problem? Because  recognizing that a  "race" problem exists, would mean that a solution, would have to be found. Recognizing that  a solution would have to be found, would mean that a lot of questions have to be answered. Answering those questions in order to solve the "Race" problem, would lead to establishing Justice. Reid's words about Obama revealed a glitch in the matrix, and all of this hoopla, about it, is designed to get most "non-white" people to not see it as such.