On "Black" people being a "Race"

What I am doing with this computer is trying to reveal truth, promote justice, and help the person who needs help get the most constructive help that they need. The truth is the "Black" people are not a Race and never will be a Race. The only Race is the "White" Race. "Non-white" people have been duped, hoodwinked, bamboozled, into seeing themselves as Races of people. Such deception has us racing in a race that we cannot when. It's time to try something else.


Why isn't the 99% OCCUPIED with replacing White Supremacy with Justice?

In other words, being "White" has no purpose, if "White" Supremacy no longer exists. So they do not want to focus on that. This occupy stuff to them is about finances, because there are a bunch of smart and powerful "White" people who chose to sacrifice them in order to lead the masses of "Non-white" people (9/10 of the planet population) of the world to believe that Racism (White Supremacy) no longer exists. Huge numbers of "Non-white" people were meeting in so-called South Africa to discuss world wide White Supremacy, a few weeks before the 9/11 attacks. The Racists/ White Supremacists had to make changes.

Listen to this prediction that Fuller gave years before (I found it in 2007) the occupy stuff happened:

MAXIMUM SOPHISTICATED CONFUSION- check "White" Sacrificing at 7:01 in the below clip


FBI says "Nearly half of all hate crimes (47.3 percent) were racially motivated."

Since the White Supremacists started this WAR on "Non-white" people, we should use correct words to eliminate confusion.

When "White" people commit acts of deception and violence against "Non-white" people, IT IS WHITE SUPREMACY.

All of the talk (but still not enough talk) about Racist Suspects molesting "Black" youth, reminded me of a story about Kenneth Parnell, who in his 70's, offered his caregiver $500.00 to "get him a four year old 'black' boy" from a crack addict, because he believed that no one would care that the child was missing. I searched the internet to find the article that I read when it first came out, with no luck at all of finding it. Most of what I found, doesn't mention the fact that he wanted the child to be "Black". I did find one that touched on it. 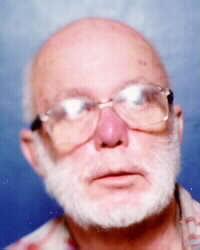 Obama was predicted as a Scapegoat by Muhammad Ali 30+ years ago.

If it were not apparent to many Victims when Obama was selected to be President, let it be apparent now, that his selection was for the maintenance of Racism (White Supremacy) and no other reason. Looky here at what Muhammad Ali said about a "Black" President, way back when.