From a Racist Suspect 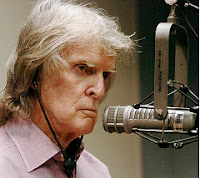 Here is a comment that a Racist Suspect left on my page. First off, he posted his comment to a post that had nothing to do with it. That was confusing.

"I find it curious that when a WHITE man says nappy headed ho's its racist, but listening to SOME rap it is OK for black singers to degenerate their own and everybody else? While I do not condone Don Imus's stupidity to say racism is only from WHITE to everybody else is quite simply to live in denial. While in Norfolk Virginia I made the mistake of walking down Church Street and almost got stoned, and beaten down by thrown bottles I hate to imagine what would have happened had this event happened to a non white in a white neighborhood. In my case I was told by the Police it was my fault for being in THEIR part of town? So in the end when you address ALL racism by ALL to any I can support you, til then I can only say to you be your way and to me be mine, hopefully one day we can meet to pursue JUSTICE FOR ALL NOT SOME. Thank You"- Benjamin

The next confusing thing was that "Benjamin" put question marks at the end of his statements. The codified approach is not to respond to statements, and to answer questions. Did he use question marks, so I that I would attempt to answer them? If so, I'm taking the bait.

"I find it curious that when a WHITE man says nappy headed ho's its racist, but listening to SOME rap it is OK for black singers to degenerate their own and everybody else?"-
I've never said that a "white" man saying "nappy headed hoes" is racist. Whoever said that, said what they said and you need to talk to them about that, not me. I do not think that it is okay for someone call anyone a name that they do not want to be called. If I were asked to comment on it, I would have said that "White" man was name calling. As for "black" singers degenerating their own and everybody else, that is the fault of the Racists (White Supremacists) who encourage those singers to believe that the degenerating style of noise that they call "music" is what sells. I suggest that you speak to the shareholders, board members, and the executive teams of Sony Music Entertainment, Warner Music Group, and the other music companies that dominate the area of Entertainment. They tell the singers what to say and do in their noise, not me. Neeext!

"to say racism is only from WHITE to everybody else is quite simply to live in denial. While in Norfolk Virginia I made the mistake of walking down Church Street and almost got stoned, and beaten down by thrown bottles."-

If this did in fact happened to you, it was mistreatment, but it wasn't racism. It was a re-action to Racism (White Supremacy), and not actual Racism. I do not condone that type of re-action. I find it hard to believe that you were attacked for being "white" and the Enforcement Officials did nothing about it, let alone told you that you should not have been there. It just doesn't make sense. If you weren't injured and you could not identify anybody, then what you are saying may make some sense, because they need to have something to go by. I have seen Enforcement Officials go after a bunch of "black" people, when they had nothing else to go by other than they were told the person was "black". Most "black" people know automatically that messing with "white" people will get you in trouble. Also, I have seen plenty of "white" people walking around freely in areas of Richmond CA that some "non-white" people will not even allow other "non-white" people to go in, without having any problems from "non-white" people.

There was a rare situation when I saw a group of "black" males throwing bricks at cars driving through North Richmond, that had "white" people in them. It was in RE-ACTION ( I tried to convince them that such behavior was not constructive) to what happened to Yusef Hawkins and another youth whose name slips my mind . 10 to 15 Enforcement Officials came in and arrested every young "black" male, in the vicinity, except me and another person (because we had on suits). In response to that, the city mowed down some houses and a few other buildings. Then built a huge parkway that runs right through this area today.
The parkway has a 10 foot walls on both sides and cars move through at 60 miles an hour. The White Supremacists showed them who had the power. They basically said "Throw another brick at "White" people and see what happens to this area!" Hell,"Black" people been killing other "Black" with automatic weapons for decades in North Richmond, and can't even a get pot hole in the street filled. But, let some cars owned by "White" people get some bricks thrown at them and it's remodeling time? See the Racism lies in the fact that the "White" people who had the power to stop "Black" people from throwing bricks at "white" people, could to stop "Black" people from killing "Black" people, but they choose not to do so. They would rather say that "Black" people are to blame, and that they are responsible for stopping it. Never mind the fact that it is "White" people who profit from the weapons and ammunition that is used to do the killing.

"So in the end when you address ALL racism by ALL to any I can support you, til then I can only say to you be your way and to me be mine, hopefully one day we can meet to pursue JUSTICE FOR ALL NOT SOME. Thank You"

Racism (White Supremacy) is injustice for everybody. It is a faulty system that promotes deception and violence, which is no constructive for anyone. The only Racism that I am worried about is the one that makes ME a Victim. It is what is uncommonly referred to as FUNCTIONAL RACISM. It's not just me getting the name calling, it's not just me getting the bottles, bricks, and sticks, thrown at me, it's not just me knowing not to be in certain places, because I could be lynched, its not just me getting deceived into and out of things, its not just me walking in fear of racist action, every day, its also my family members going five generations back. All of us have experienced this stuff because we are classified by "white" people as "non-white". Any other kind of what you are calling "Racism" are simple ideologies that are nothing more than the primitive attempts of some "non-white" people who've chosen to REACT to the FUNCTIONAL RACISM that they've experienced.